The first two cervical vertebrae, atlas and axis, have served as model for this artistic project. I am fascinated by their interconnectedness as a symbol of communication—in a real and spiritual sense as well as in their symbolic expression of togetherness, which can hardly be surpassed. Even the tiniest shift between them influences the system at large, disturbs the physiological and biological order, results in deficiencies of individual parts of the body, and eventually leads to the total collapse of the entire organism.

Constructed as big sculptures and taken out of their original context, these vertebrae allow a link to socio-political topics, and invite viewers to engage with the art objects in a visual and tactile manner, as one can view them close up, from all sides, and touch them.

The subject matter of earlier projects, such as making the invisible visible, is being continued in making the impalpable palpable. To me the fact that we cannot visually perceive but only feel/sense the object is particularly intriguing: we cannot even feel the first vertebra (atlas) with our fingers because it is embedded and thus well protected in body tissue. This has made me examine the vertebral body more closely. As an artist who has been emphasizing the transition from two dimensions to three, I am particularly impressed by the multi-facetted nature of the axis, the second cervical vertebra, which has the form of a praying figure, of a heart…and beyond this, this body region represents the intersection between life and death.

The project atlas.axis—a subtle communication  reveals how two individual elements allow an entire system to function through their subtle communication/interaction. Furthermore, the close connection between the two vertebrae is a metaphor for our daily interactions with the self and our social environment.

In late November, the project atlas.axis—a subtle communication will be presented for the first time. This will happen in the workrooms of the gallery Die Schöne (Vienna), the “birthplace” of the sculptures. 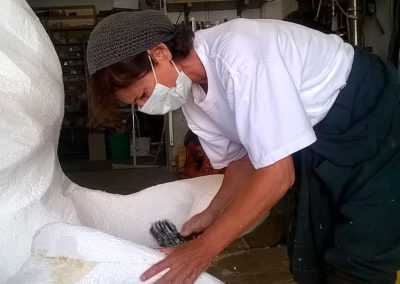 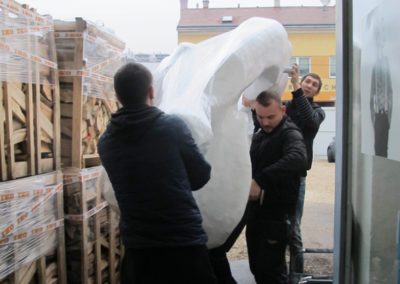 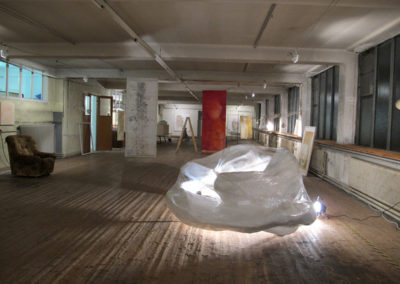 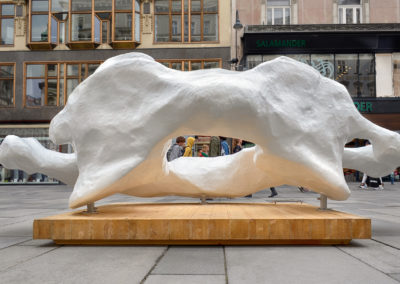 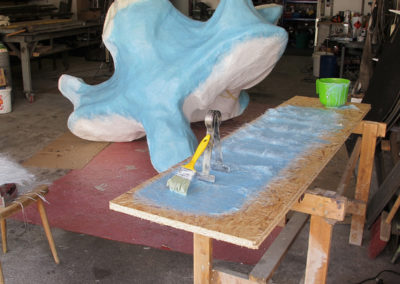 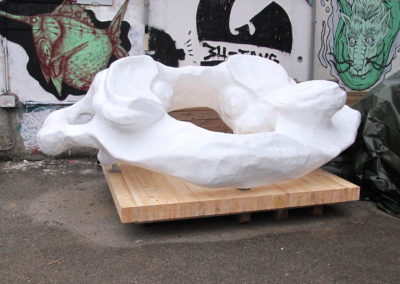 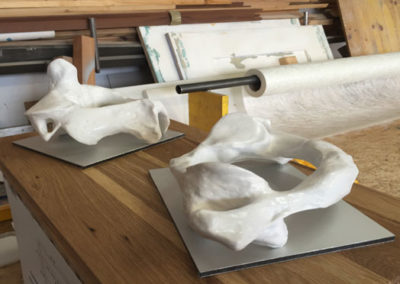 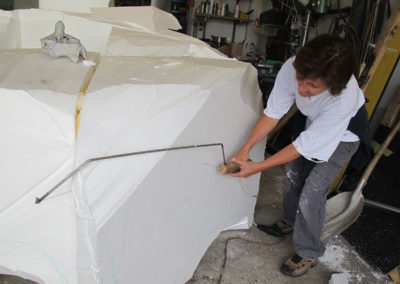 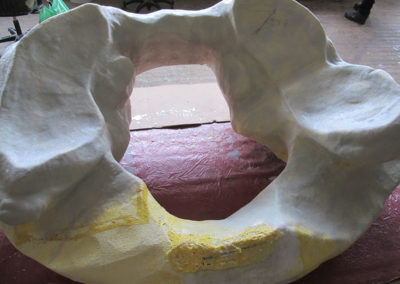 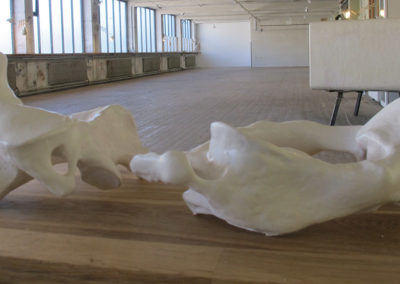 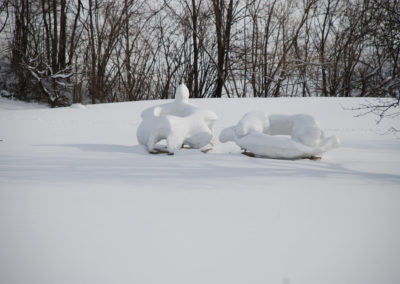 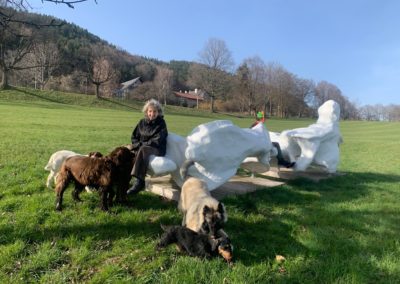